A Rammellzee Exhibition Is Coming to New York

The artist and musician Rammellzee created a vast and eclectic body of work, from graffiti to sculptures to paintings to elaborate costumes, which he wore when assuming any of a variety of cosmic characters. But much of his art never made it to galleries, instead remaining in his renowned TriBeCa loft, nicknamed the Battle Station.

But on May 4, Rammellzee’s artwork and artifacts will come into view in a retrospective at Red Bull Arts New York that will showcase the versatility and theatricality of this hip-hop pioneer.

Rammellzee, who died in 2010, was involved in several aspects of the burgeoning hip-hop cultural movement in New York in the 1970s and ’80s. He appeared in the seminal graffiti and hip-hop film “Wild Style”; he rapped on the single “Beat Bop,” a collaboration with K-Rob and Jean-Michel Basquiat; he had a cameo in the Jim Jarmusch movie “Stranger Than Paradise”; and he hosted parties in the Battle Station, where luminaries from the music and art world marveled at his artwork.

This exhibition unearths many works from that era, including large canvasses, sculptures, and an installation of Rammellzee’s “letter racers,” spacecraft-like sculptures shaped like letters of the alphabet created from toy bits and ephemera.

Visitors can also listen to oral histories about Rammellzee recorded by his contemporaries and collaborators, including Charlie Ahearn, who directed “Wild Style,” and the filmmaker Henry Chalfant.

The show will coincide with the Red Bull Music Festival New York, and remain on view until Aug. 26.

An earlier version of this article included an erroneous credit for Rammellzee. He did not have a cameo in the music video for Blondie’s “Rapture.” 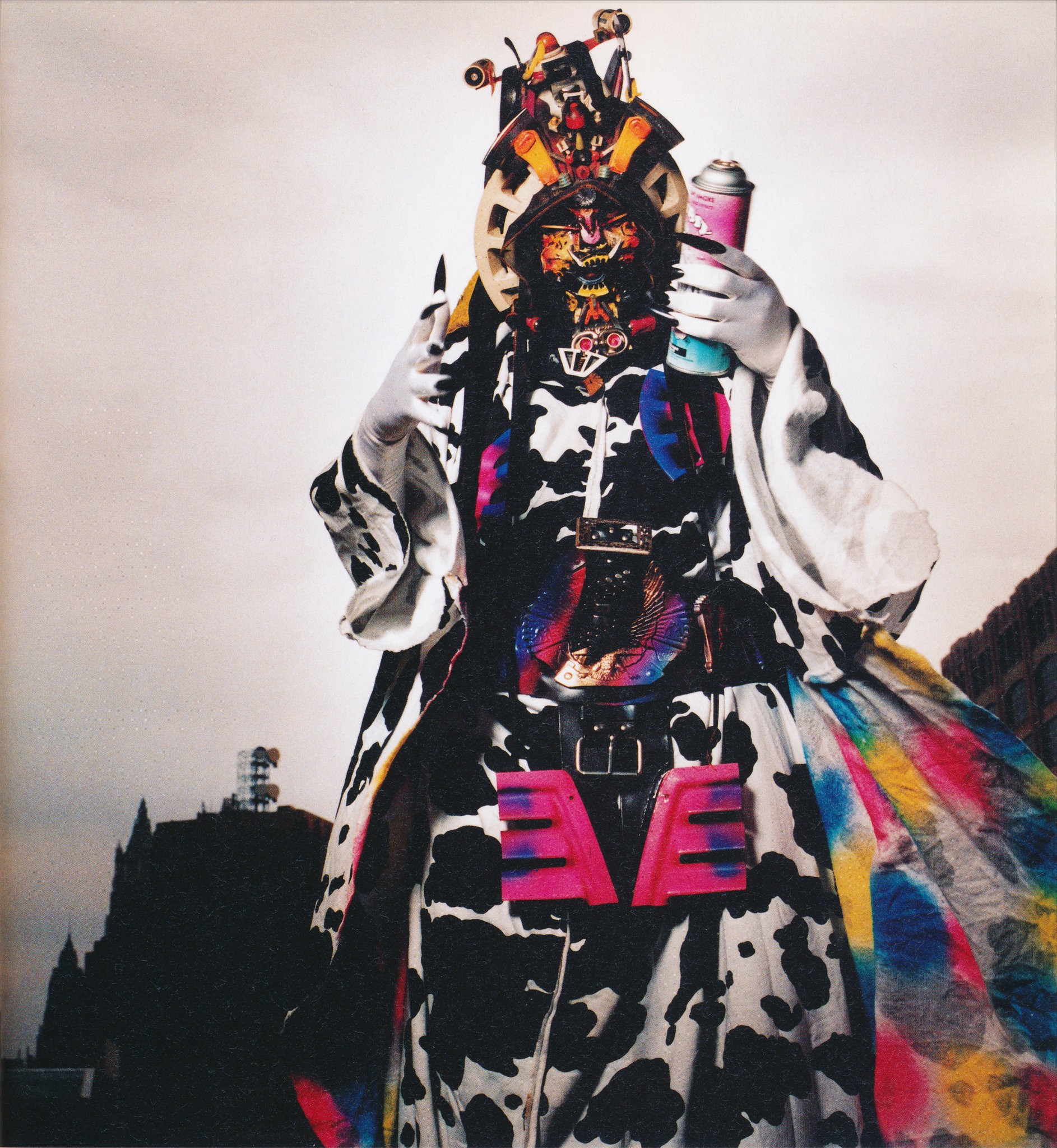